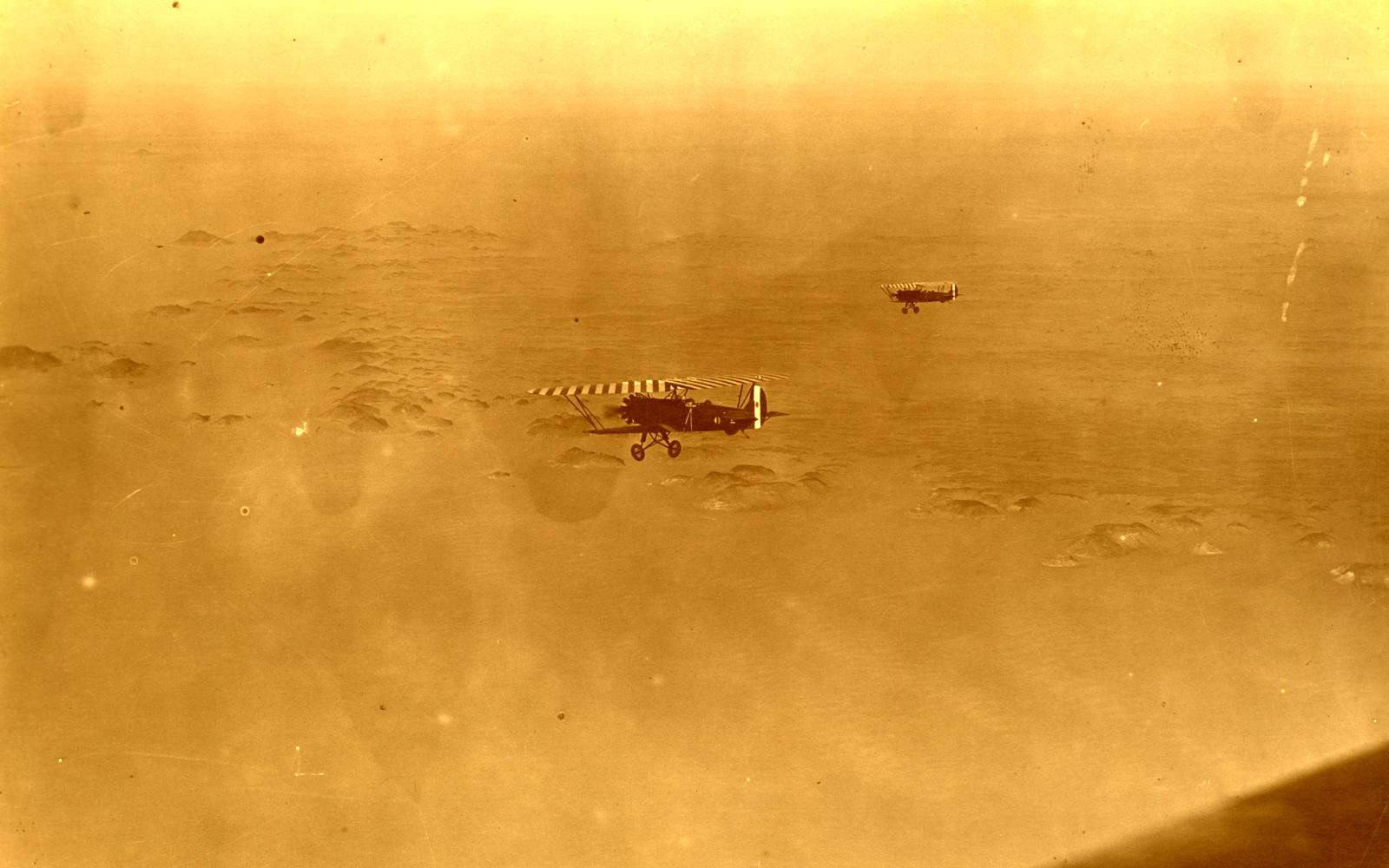 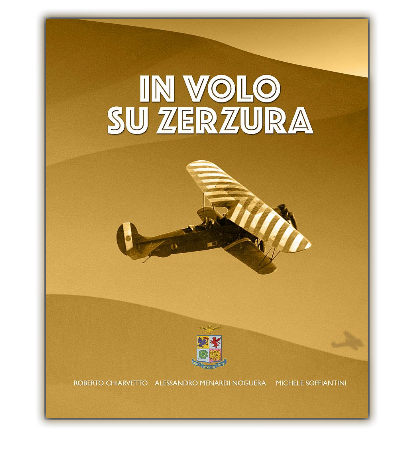 The virtual reconstruction of the flight over Zerzura 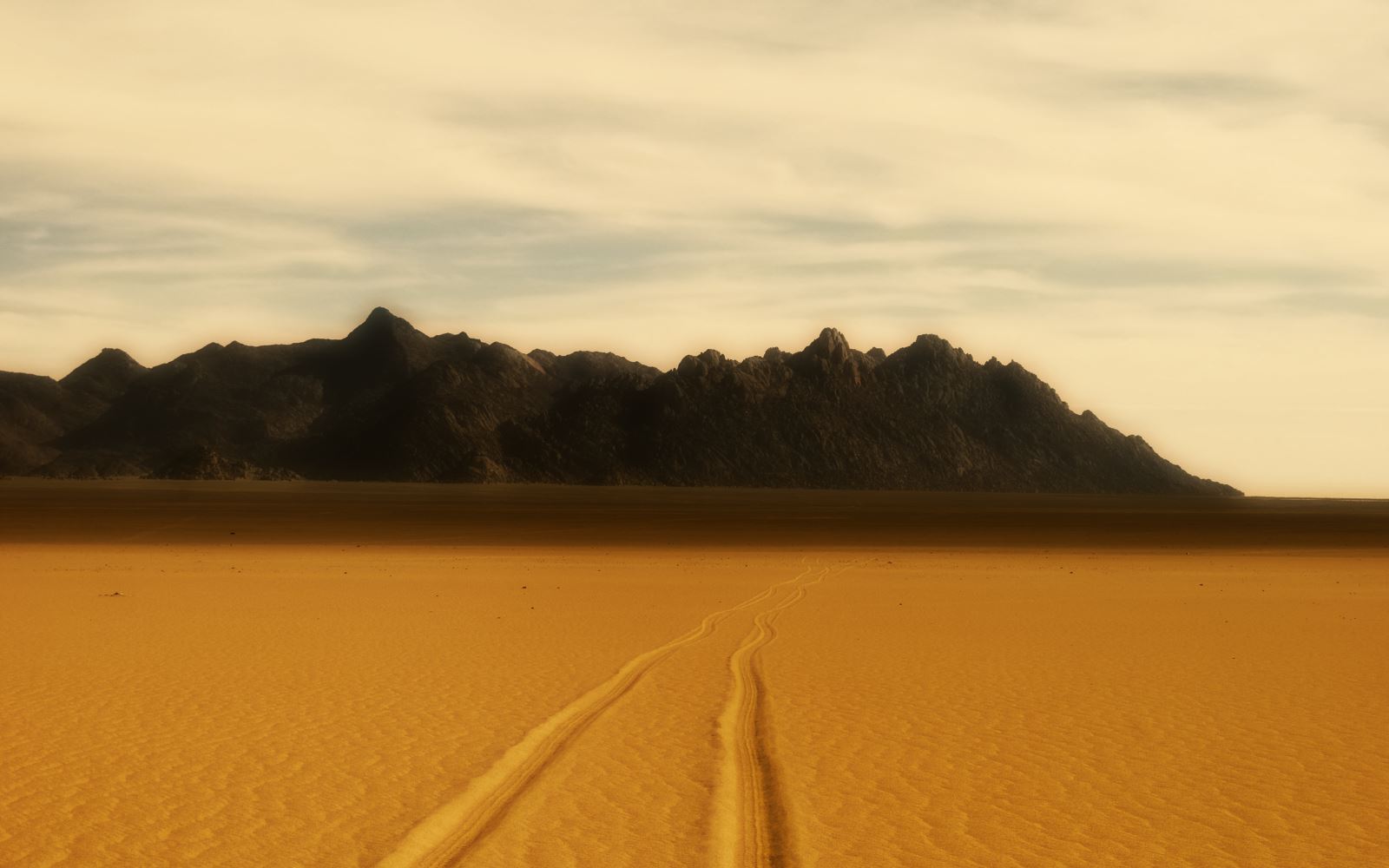 Scene – the south-east corner of the Libyan Desert in the early 1930s, with its recently discovered spectacular massifs and vast unmapped areas, animated by European expeditions looking for the mythical city of Zerzura and Italian militaries seeking to establish sovereignty over this freshly acquired corner of their colony. Behind the scenes all the ploys and parries of the diplomatic services trying to protect their own interests with their muted moves and mutual espionage.

A tale intertwining many destinies. The militaries, caught up in a series of conflicts, from WW1 and the Libyan Pacification to the Occupation of Abyssinia and WW2, are shown in an almost idyllic moment of relative calm as they explore and map the massifs and entertain and try to stall their uninvited, intrusive English guests. The English, consummate colonists, move with class and circumspection as they attempt to outwit the Italians.

The narrative follows the events on the ground by quoting from authentic and very often previously unpublished sources, so creating a polyphony of voices, from the smooth tones of the diplomats, the plain speak of the military reports, the bubbling laughter of the young aristocrat, the lightness yet strength of his wife’s comments, the pathos of last letters. It also looks ahead and follows all those associated with the exceptional 1932-1934 expeditions, many of whom meet untimely deaths – accidents, illness or war, and in one case massacre in Rome’s Ardeatine Caves. The Italian survivors keep silent, and never talk about these tumultuous years. So this monograph also becomes a testimonial to their lives and their endeavours, as it traces in great detail the 1932-1934 operations, recounting the background of the Zerzura myth, the hardships of desert life, the meetings with the English, the expeditions, trucks, planes etc. It ends where life takes a more savage turn and the military are directed elsewhere.

The treasury of images – landscapes, portraits, snapshots, vehicles, memorabilia and maps – brings vividly back to life the period, events and the people.

Please note that the book is only available through amazon.it. If your country is not available for delivery, please contact the seller directly and let us know with a message.


The official presentation at the Ministry of Defence booth during the 2015 Torino International Book Fair (in Italian, courtesy ph. Max Dorigo)

The presentation at the Air Force Officers' Mess (Casa dell'Aviatore) in Rome on 12 November 2015 (in Italian, courtesy CESMA)

The special mention awarded to the authors on 6 December 2016 by the jury of the 9th Edition of the Air Force Association's "G. Douhet" Aerospace Literary Award. 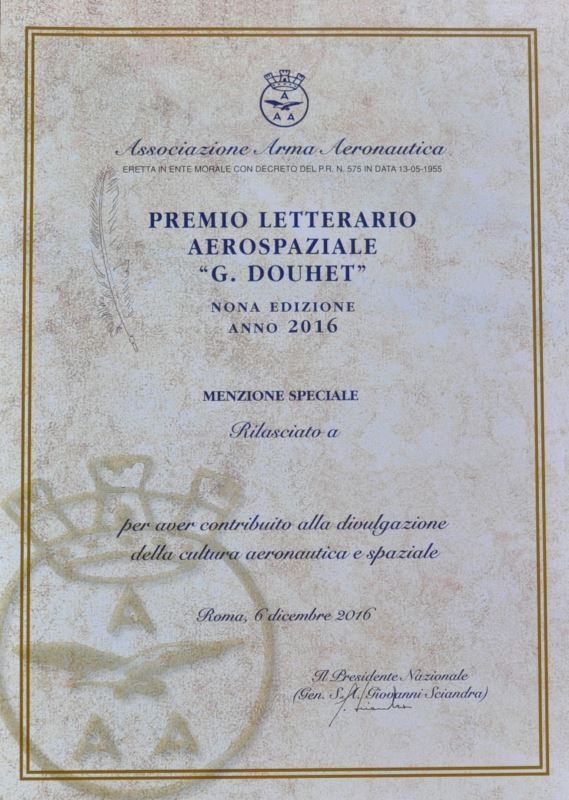 The 2017 Special Prize for Historical Research awarded to the authors on 25 april 2017 by the jury of the 1st Edition of the UNUCI-Lucca's Premio Corsena, a national literary award on the history of aeronautics. 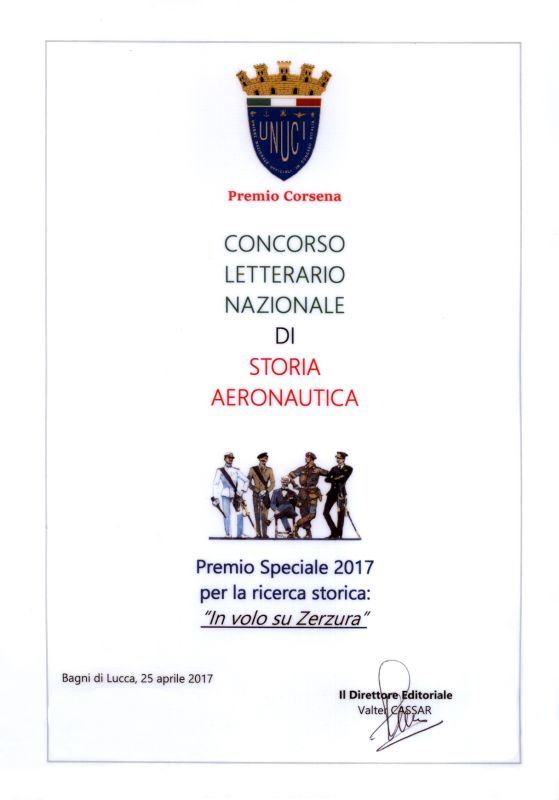 To keep these memories, we kindly ask readers to share with us any documents, pictures, memorabilia and information they may own regarding the events, characters and vehicles which appear in the volume.

Send a message through the following page.